the very narrow and winding roads over the mountains

This blog posting really belongs 'with' the previous one of "crossing the Anaga Mountains" .... as this one is about the actual drive and the roads.
We took a coach tour organised by MSC Splendida and it was titled A Taste of Tenerife.
It was advertised as:
After leaving port we will drive to San Andrea, a typical fishing village. We will then stop at "Las Teresitas" beach before continuing our tour to "El Baladeiro", the highest point on the island with breathtaking views of the valley. We will then drive down towards the valley to reach the village of Taganana, famous for its vineyards and got milk products. Taste some of the local cheeses and wines before continuing to "La Laguna" the ancient Spanish capital.
We actually did it clockwise and visited La Laguna first as seen in the previous blog postings on Tenerife.  See map below leaving the port of Santa Cruz, to La Laguna and then over the mountains heading north to Taganana. 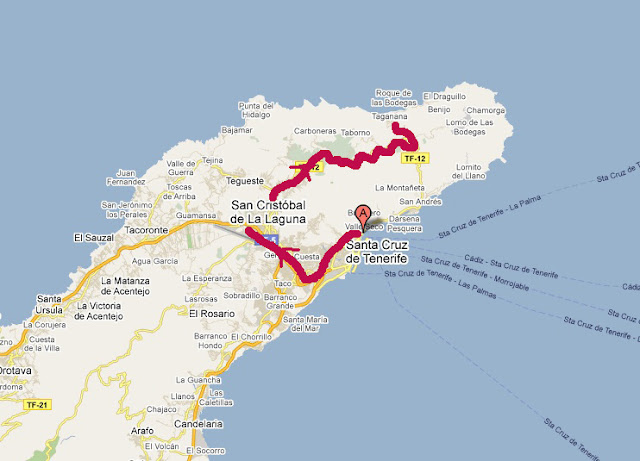 I have since read about the tour across to Taganana and on one website it states:
Take the peaks road. This road continuously offers impressive views on Northern and Southern slopes. Sensitive people should abstain !
Caution : you must drive very slowly and carefully on this road, because it is very windy and tremendous. It takes more than an hour to travel 25 km. 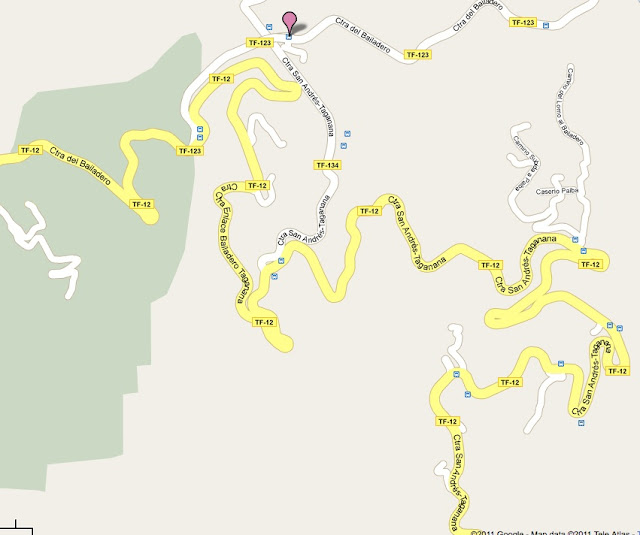 yes ... it is 'windy' all right!  It is one amazing road, very narrow and very steep in most parts!
and on another it has...
Towards the north side of the peninsula sat the town of Tanaga, perfect white stucco houses untouched by the crush of tourism due to its remote location.
One of the oldest settlements in the Tenerife Island is Taganana. It is the most peaceful remote village in Tenerife but it is very difficult to reach this village. Nature lovers and walkers find this village a paradise. It is situated in the municipality - Santa Cruz de Tenerife - on the Tenerife Island. The population of this village was 592 in the year 2009. It is connected by road to Las Mercedes and San Andres.The travel to this fishing village was possible either by boat or foot until the year 1960. A tunnel was made to solve this problem and at preset road journey is possible through this tunnel. But the new road has lots of winds, twist and turns, thereby making the journey somewhat difficult. This effort has facilitated traveling to this little but beautiful village. It has steep mountain slopes that descend from the mountains - Anaga - to the Atlantic Ocean.The economy of this village is driven by agricultural products - potatoes, wine crops, yams and sweet potatoes.

The following map shows the road after we leave Taganana and travel down to the Las Teresitas beach near San Andres. 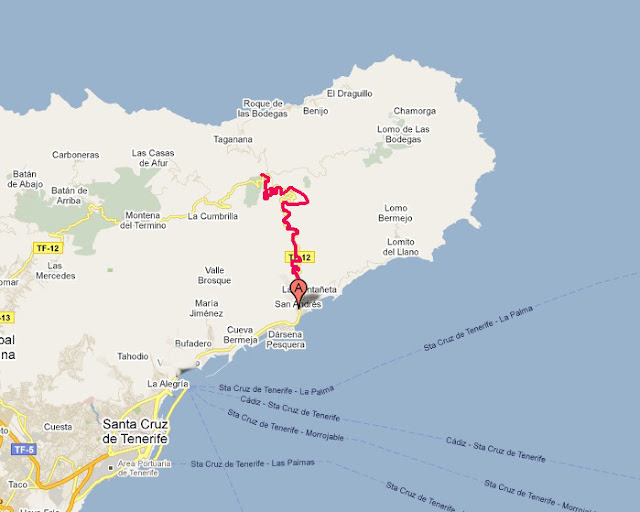 but I shall let the following images show you parts of the roads that we traveled! 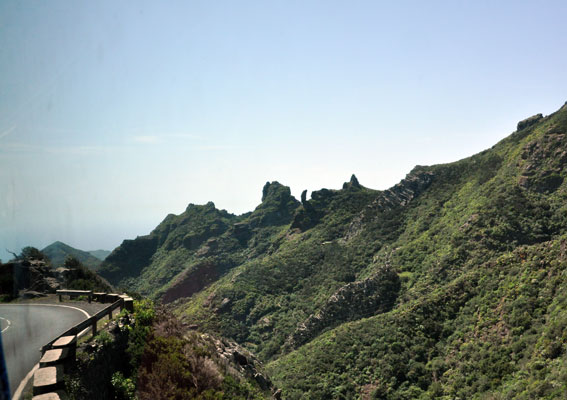 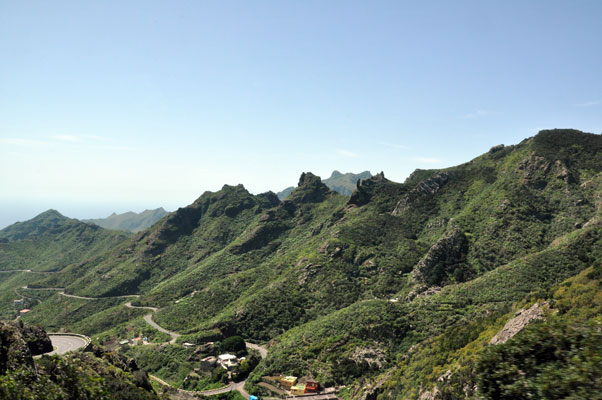 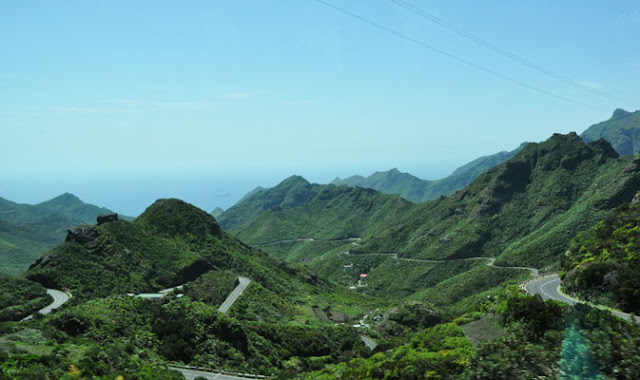 This is what it is like driving down the winding road from the top of the Anaga mountains to the northern coast and through lovely valleys. 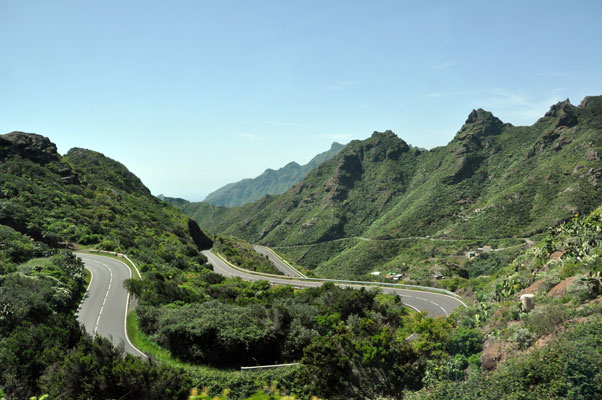 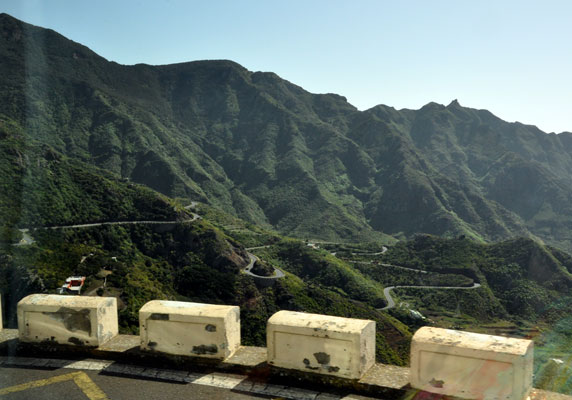 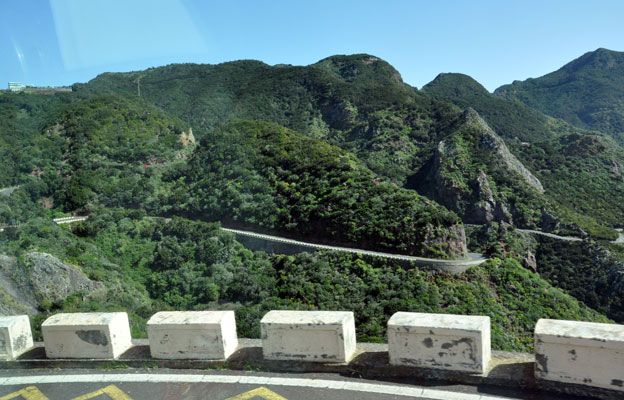 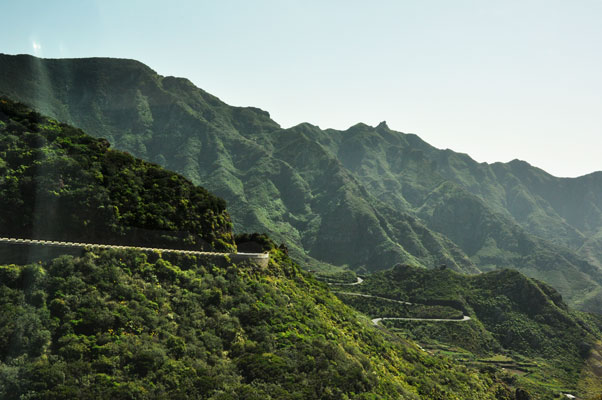 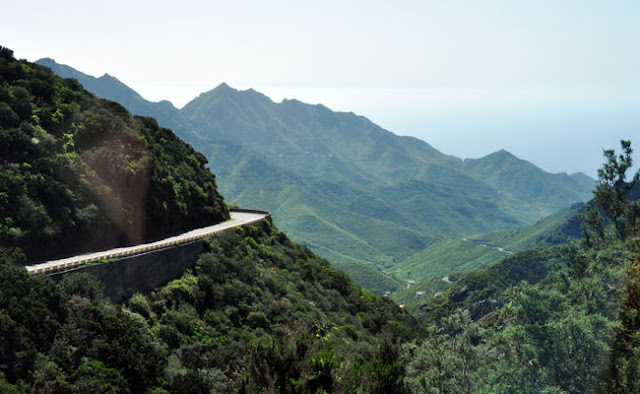 you can see one of the coaches that we needed to pass in the next three images ..... 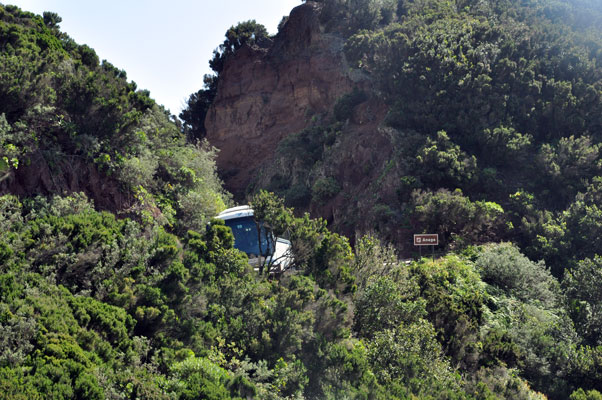 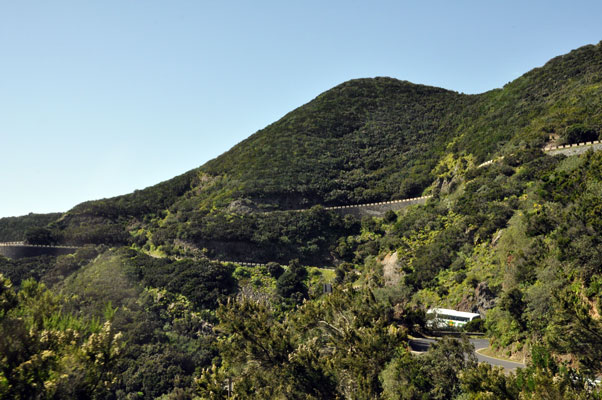 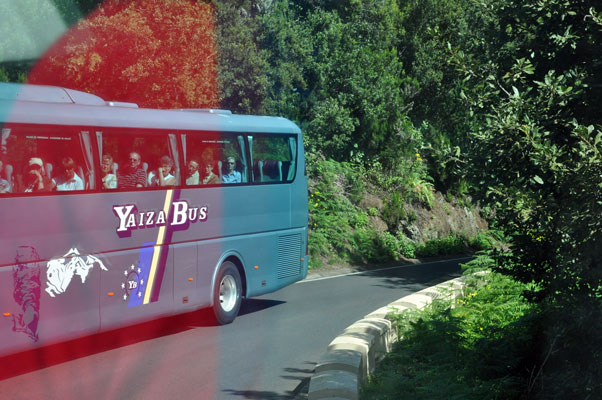 all good and we continue on our merry way!! 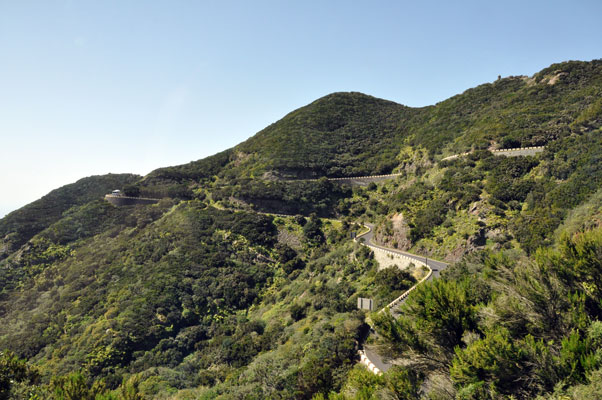 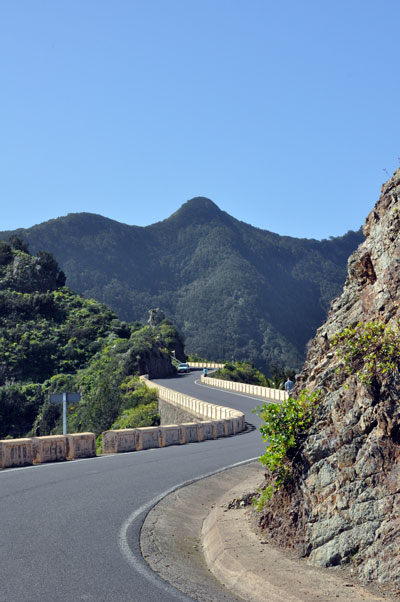 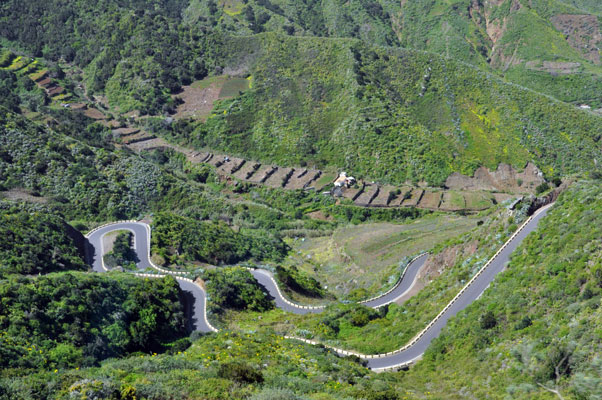 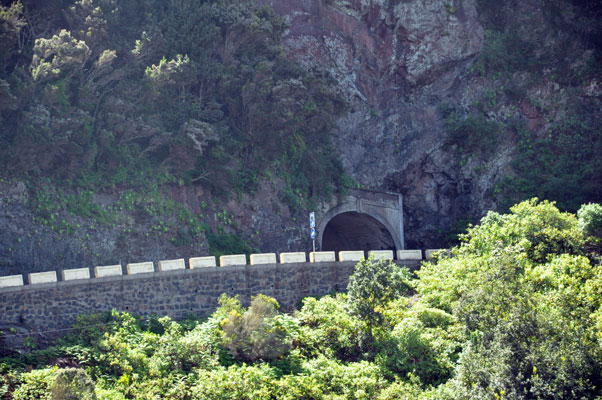 even driving in a tunnel through the mountain!
Our coach driver was an excellent driver and we felt quite safe with him, not like the coach driver in the following YouTube clip taken on the same road:

for the previous blog posts on Tenerife see below: