The Archaeological Museum of Olympia.

The sculptured Ornaments from the Temple of Zeus are on display at the Archaeological Museum of Olympia and date back to the first half of the fifth century B.C.E. Totaling 42 figures, these include figures from the two pediments of the temple, figures from the 12 metopes, and the lion-headed water spouts that ran along the lengths of the temple.
The eastern pediment depicts the chariot race between Pelops and Oinomaos, and the central figure which dominates the work is of Zeus. The western pediment depicts the abduction of the Lapith women by centaurs, and has Apollo as its central figure. The metopes bear the relief representation of Hercules' labors.
and in this first image (below) the statues from the western pediment of the Temple of Zeus, depicting the fight between the centaurs (half man, half horse) and the Lapiths. The facial expressions are wonderful. 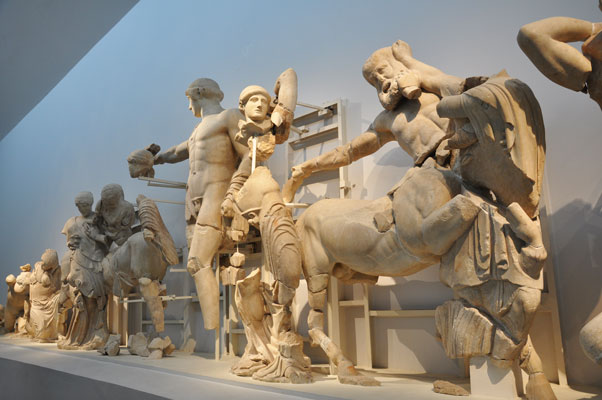 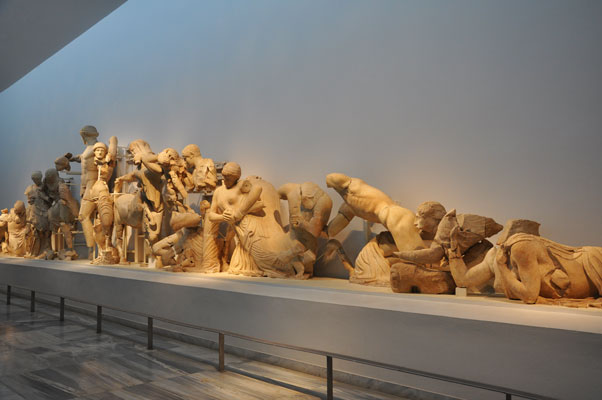 The archaeologists' skill in putting these statues together is like trying to do a jigsaw puzzle with no photo and not all of the pieces! 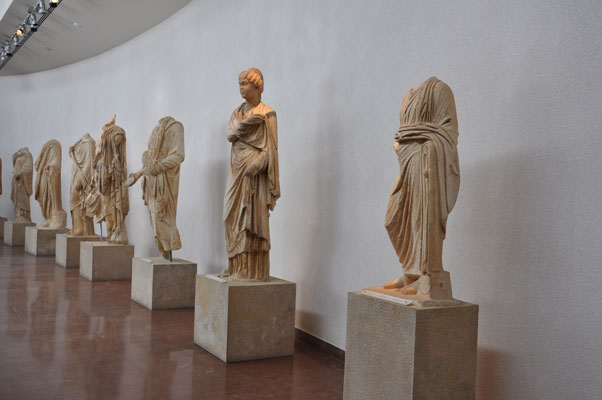 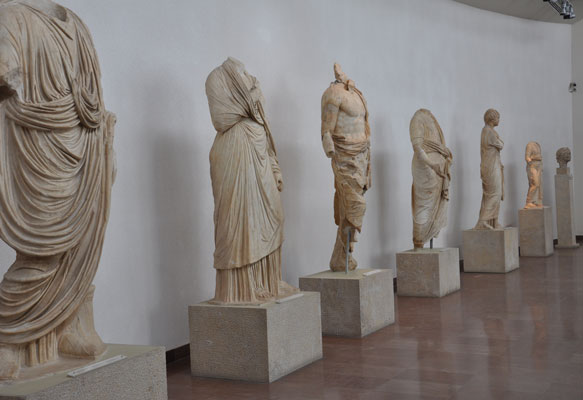 Hermes by Praxiteles in Olympia Museum is circa 340 to 330 BC and was found during excavation of Temple of Hera in 1877. Hermes is shown holding the baby Dionysos in his arm. He was charged with transporting the baby to Mt. Nysa. 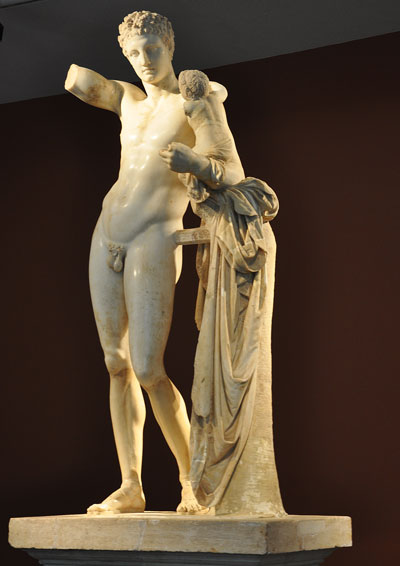 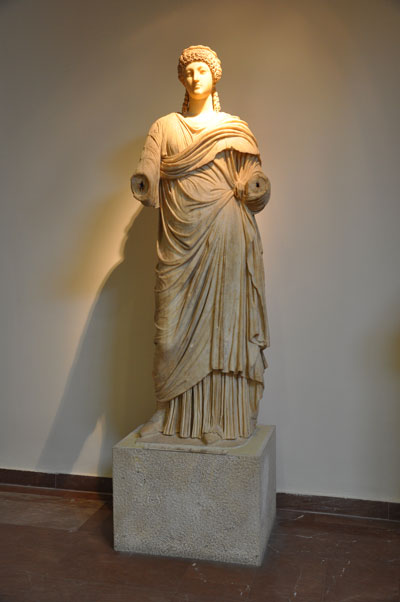 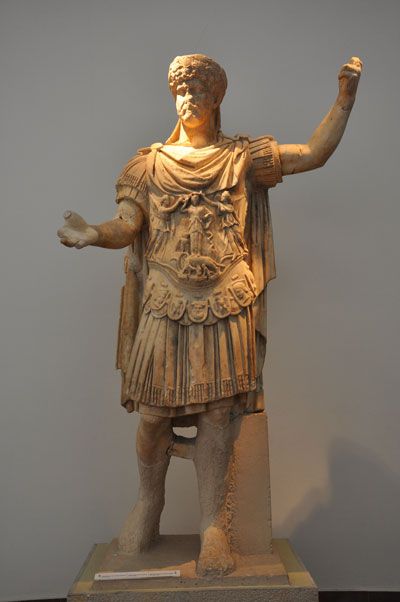 The Archaeological Museum of Olympia, supervised by the Seventh Ephorate of Prehistoric and Classical Antiquities, was reorganized in 2004 to meet modern museological standards.
It is well worth visiting the Ancient Olympia Gallery and Museum when you next visit Greece. In the meantime read the website HERE for further information.
the blog post HERE is about
our visit to Olympia.

This blog post HERE is of our arrival
into Katakolon in Greece.
stay tuned as I have many more blog posts on our
recent 22 day cruise of the Mediterranean!