a walk along Telok Blangah Road

Last Tuesday - being another public holiday - we took the bus towards HarbourFront and alighted a few stops earlier so we could walk part of the way.
Telok Blangah Road is also part of the West Coast Highway as seen here on the map.
The red dots mark our walking route to HarbourFront. 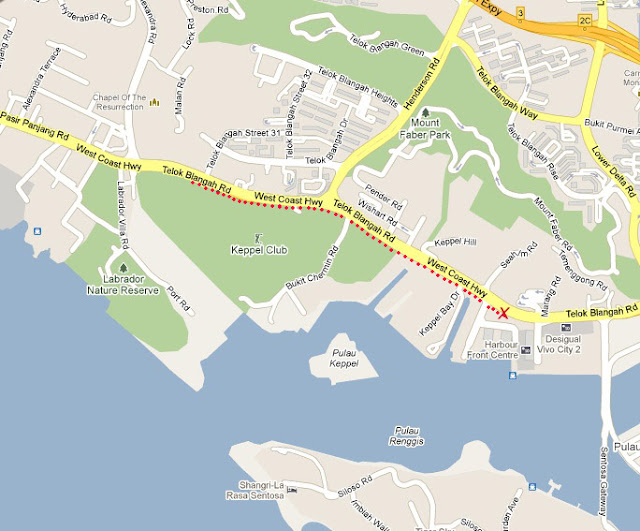 I know, it was hot and it was not clever of us.
but it was a nice walk regardless! 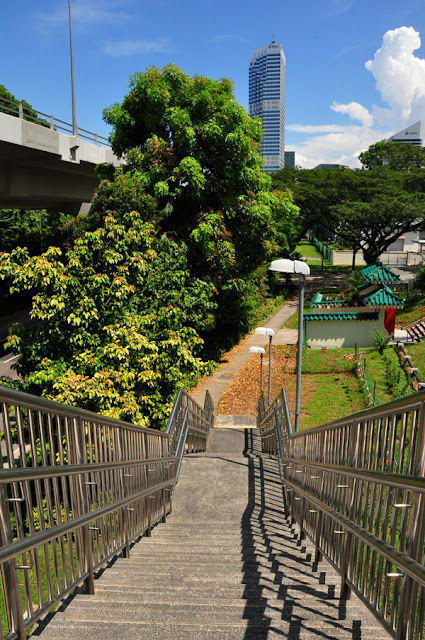 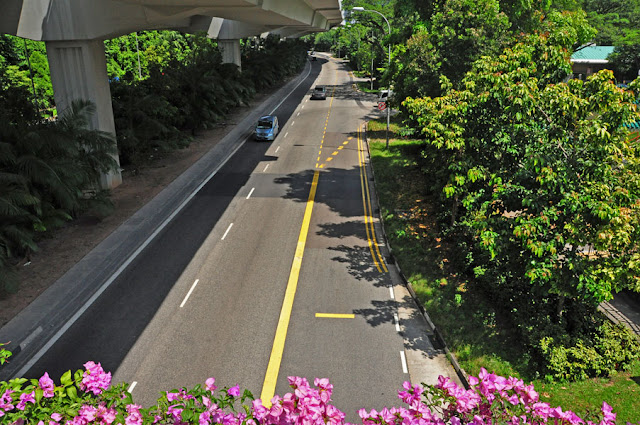 so after leaving the bus we crossed over West Coast Highway as seen in the above two images. and passed by the Telok Blangah MRT Station - which is a Mass Rapid Transit (MRT) station on the Circle Line in Singapore. This two level underground station will have 1 exit and entry point. An overhead pedestrian bridge with full barrier free access will allow residents from the apartment blocks across the road to access the station.
It is being built as part of stage 5 of the Circle Line and is expected to be operational by October 2011. 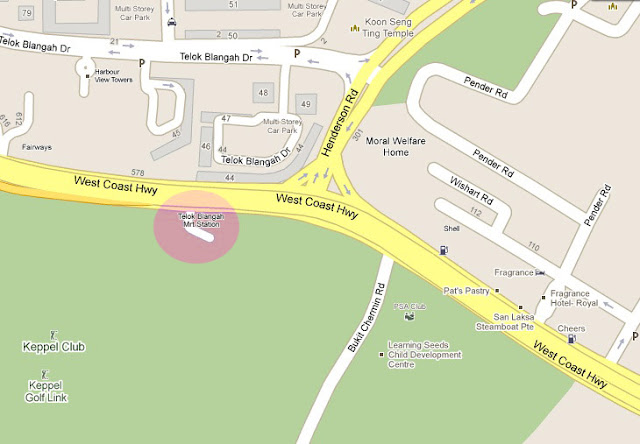 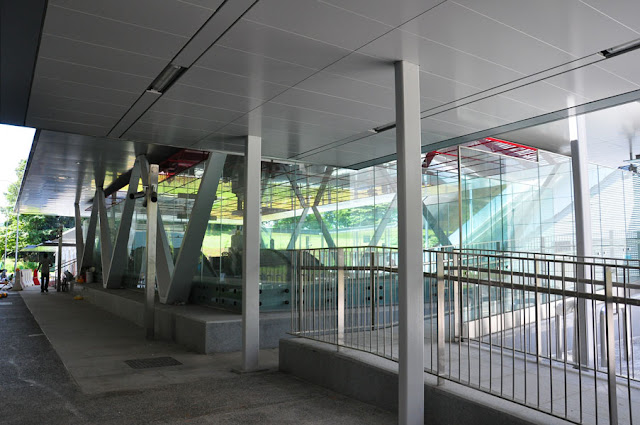 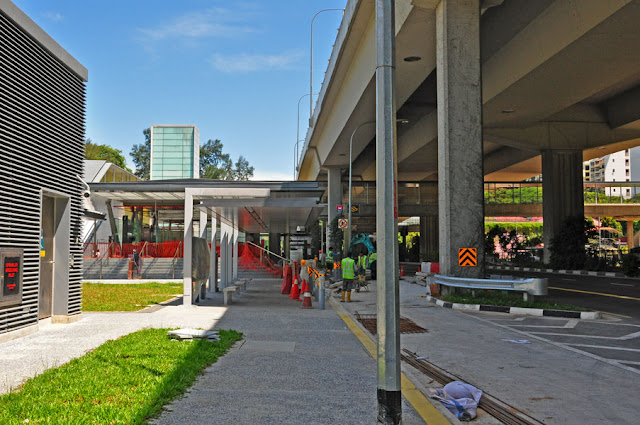 from here we continued along the shaded part of Telok Blangah Road towards HarbourFront. 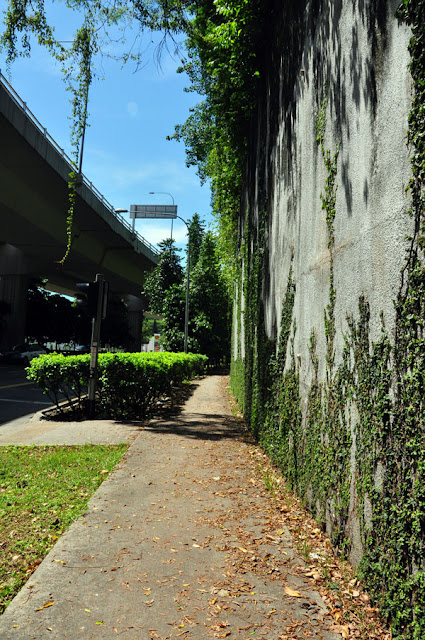 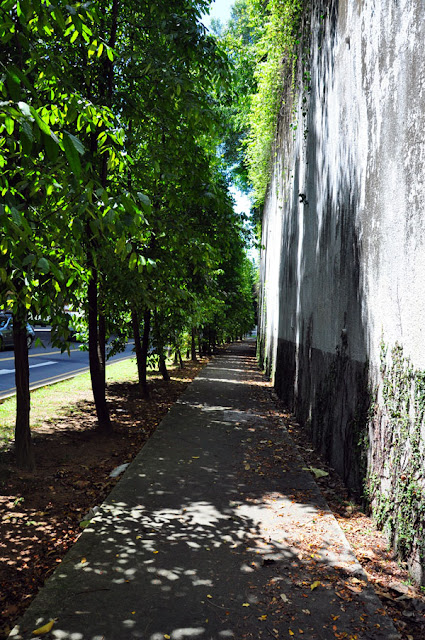 but of course we cannot be 'in the shade' the full length of the road and in this weather we all need to be under some sort of covering..... 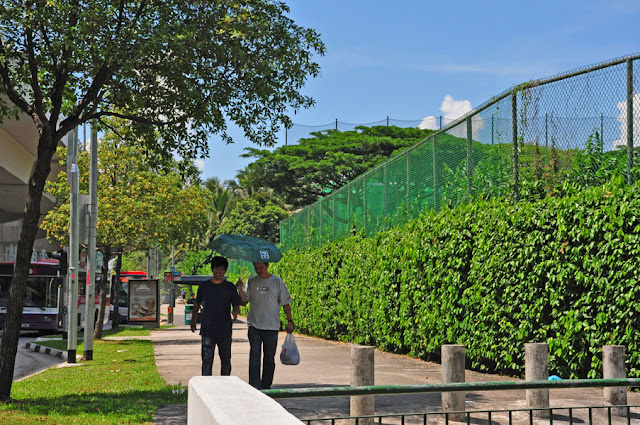 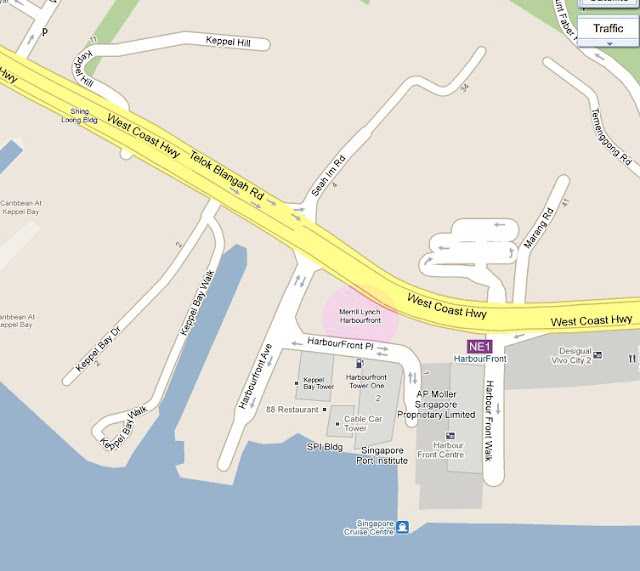 we were happy once we reached the Merrill Lynch Building (as seen in previous blog post) at HarbourFront and after taking some photos there we wandered over to Vivo City for lunch and caught the bus back home! 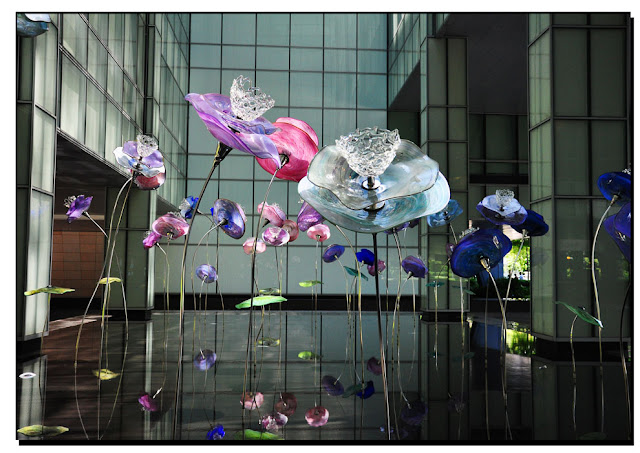 I always enjoy your "walks" , and I am still trying to grab an excuse to visit Pasir Panjang market :)