not just THE MOSQUE, but THE HASSAN 11 MOSQUE!
what an amazing piece of architecture.
Partly erected on water, the Hassan 11 Mosque
was inspired by the late Hassan 11
by referring to the koranic verse:
The Throne of God was on water 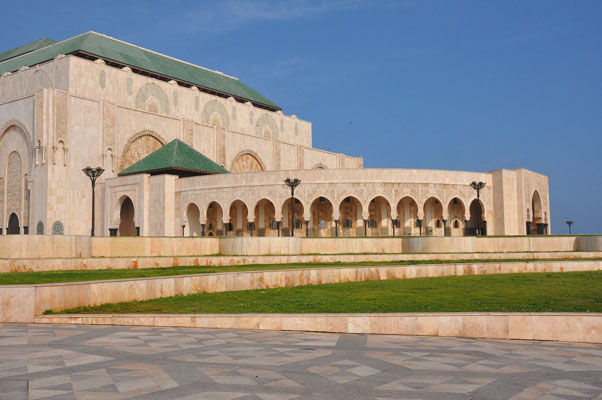 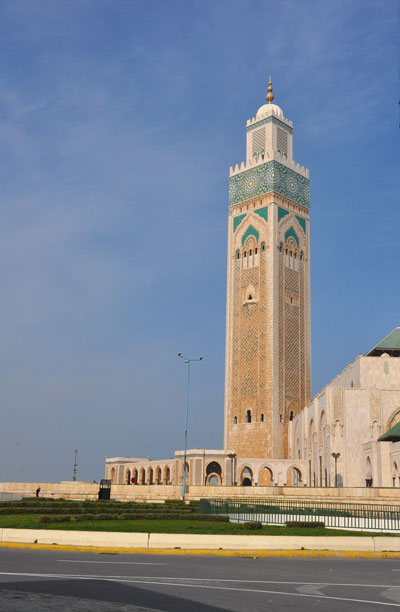 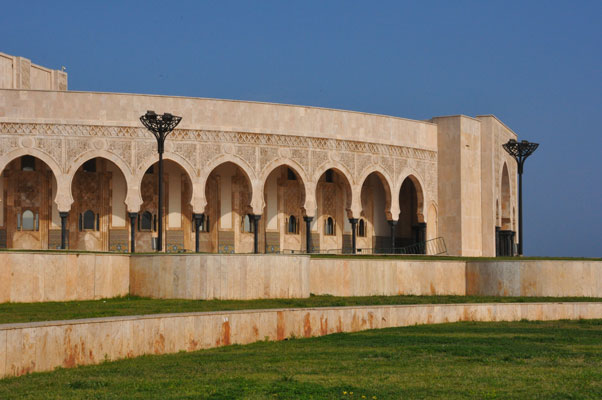 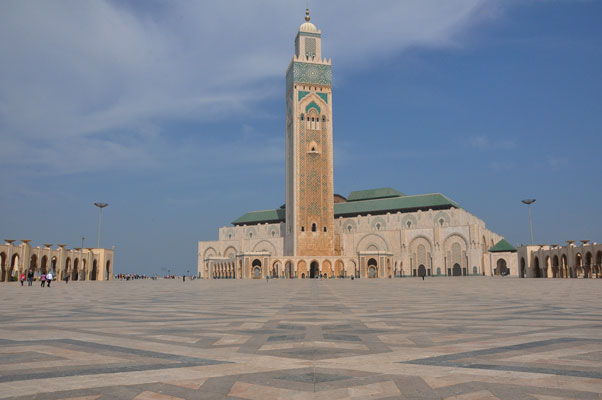 This Mosque is a great achievement of the twentieth century and is quite unique not only in Morocco, but in the world.

It has the highest religious minaret - at 200 meters - in the world. 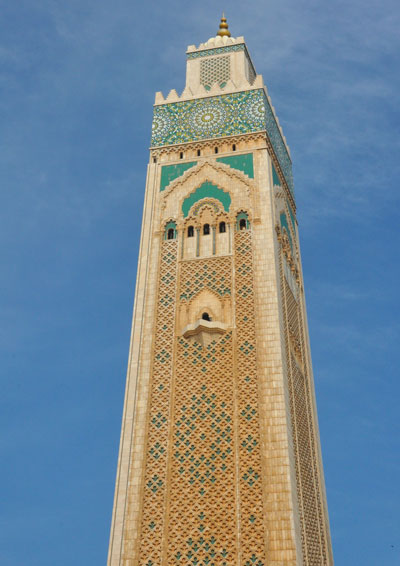 The construction of the Mosque lasted from 1987 to 1993, a total of six years. There were 2500 workers and 10,000 craftsmen.
according to Wikipedia ....
The Hassan II Mosque (Arabic: مسجد الحسن الثاني‎) is a religious building in Casablanca, Morocco, the largest mosque in the country and the fifth largest mosque in the world after the Masjid al-HaramMecca and the Al-Masjid al-Nabawi (Prophet's Mosque) in Medina. It was designed by the French architect Michel Pinseau and built by Bouygues. It stands on a promontory looking out to the Atlantic, which can be seen through a gigantic glass floor with room for 25,000 worshippers. A further 80,000 can be accommodated in the mosque's adjoining grounds for a total of 105,000 worshippers present at any given time at the Hassan II mosque. Its minaret is the world's tallest at 210 m (689 ft).

Built on reclaimed land, almost half of the surface of the mosque lies over the Atlantic water. This was inspired by the verse of the Qur'an that states "the throne of Allah was built on water." While some say part of this floor is glass and overlooks the sea, this is not the case; above, spotlights shine at night from the top of the minaret toward Mecca. These features were specifically requested by King Hassan II, who declared, "I want to build this mosque on the water, because God's throne is on the water. Therefore, the faithful who go there to pray, to praise the Creator on firm soil, can contemplate God's sky and ocean."
It also includes a number of modern touches: it was built to withstand earthquakes and has a heated floor, electric doors, and a sliding roof.
To give you an idea of the size of these electrically operated titanium doors - that weigh an astonishing TEN ton's - see this image of me standing at the base: 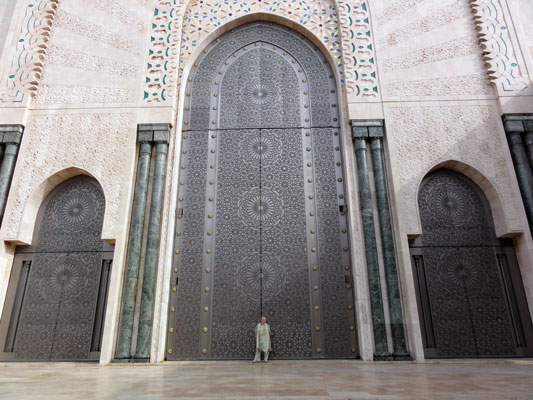 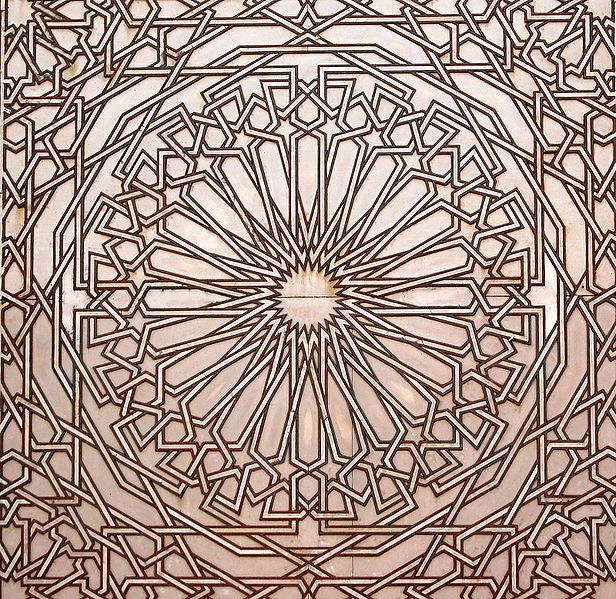 but do check back in within the next couple of days for further blog postings on The Mosque there is still much to see - in particular - the internal structure!
and in the meantime click on the following URL's
on what I have blogged
- so far -
on our trip.