the very grand internal area (of The Hassan 11 Mosque)

Only partly on Earth’s actual land, it lingers west into the intimidating Atlantic Ocean, but refuses to be seen as insignificant. It serves as a monument to its city, but better serves the souls of its believers with a place for spirituality.
The Hassan 11 Mosque is not just a mosque. To escape from the chaos of the city, locals find relaxation at the two traditional Turkish bathhouses in the mosque.
Across the Muslim World, royals, sheiks, and dictators put a stamp on their nation’s history through building magnificent mosque structures. The Hassan II Mosque in Casablanca may have been the idea of the late King Hassan II, but the mosque belongs to him no more than the people of Morocco. 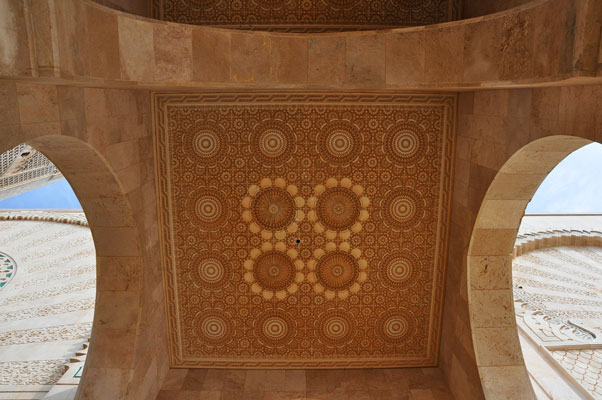 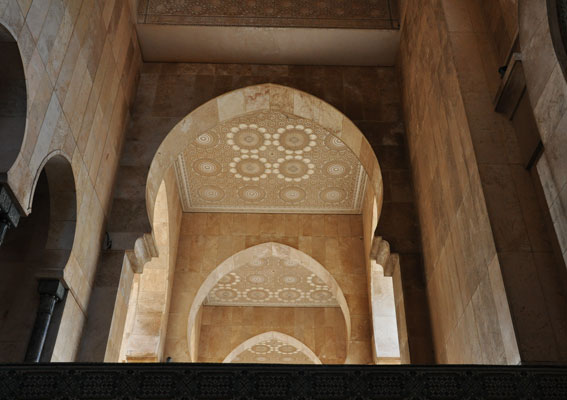 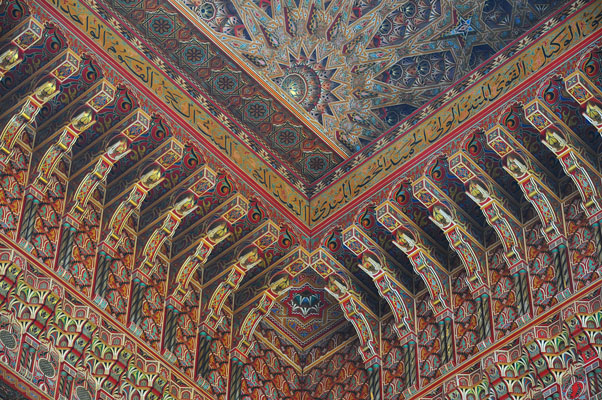 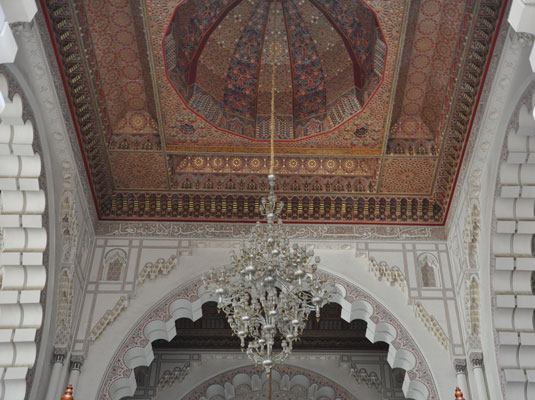 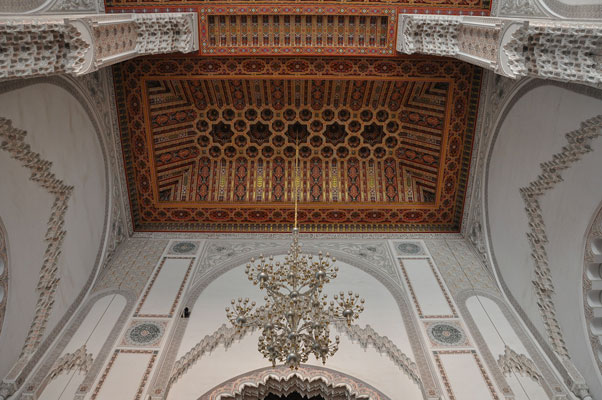 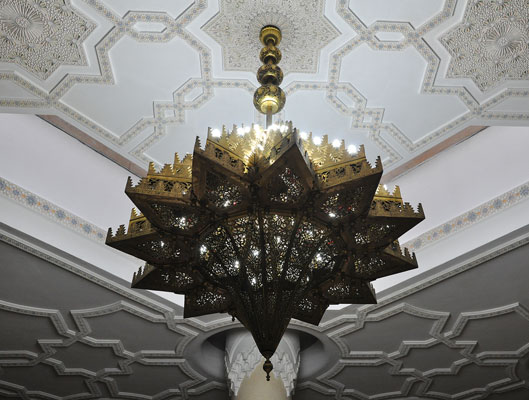 While the King began the thought of building the grandeur mosque, which is only smaller than the two holiest mosques in the world, the people of the Morocco decided to claim it for themselves. It was the people, not the kingdom that funded the $800 million masterpiece of Moorish architecture. And with their own hands, all 2500 workers and 10,000 craftsmen, the six-year project came to life touching land, water, and the sky. Almost all the construction materials to build the biggest mosque on the African continent came solely from Morocco itself (only exceptions were some columns and glass chandeliers). 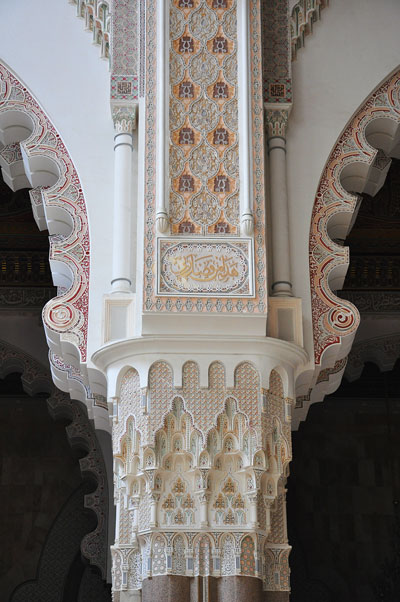 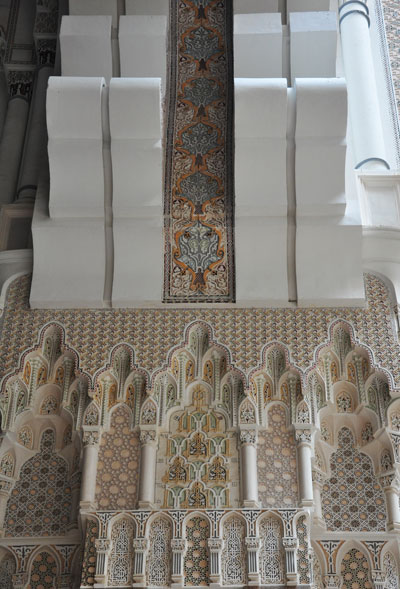 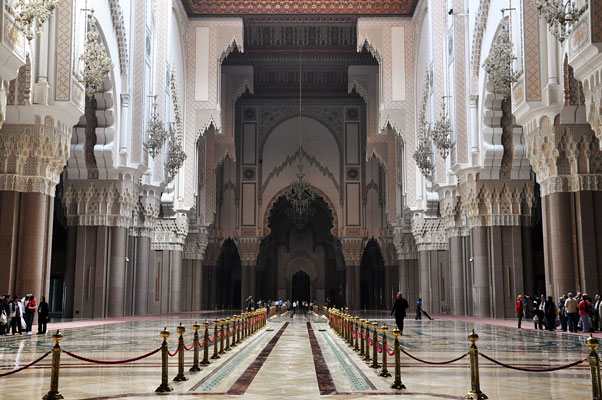 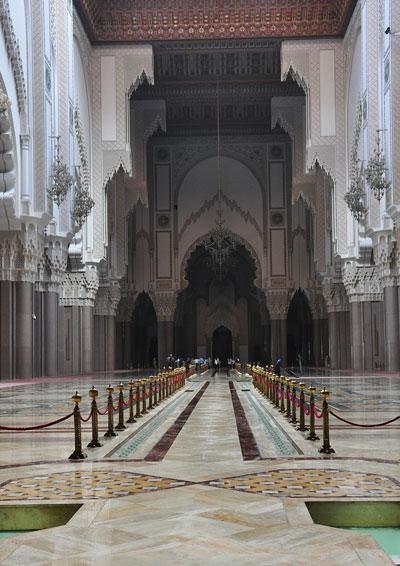 Despite its vast impression from the outside, the mosque’s interior has a grander feel to it.
Every village in the country is represented with one of its own decor crafted into the collage ceilings and walls.
A retractable roof reveals the sky to the
worshipers as they supplicate towards heaven.
Even ablution is a breathtaking experience
at Hassan II Mosque,
with over forty fountains flowing fresh water for cleansing. 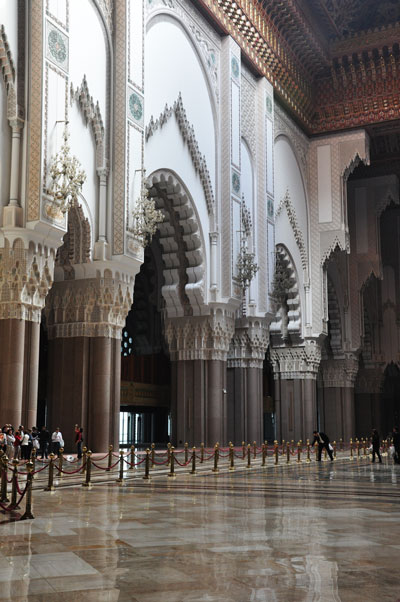 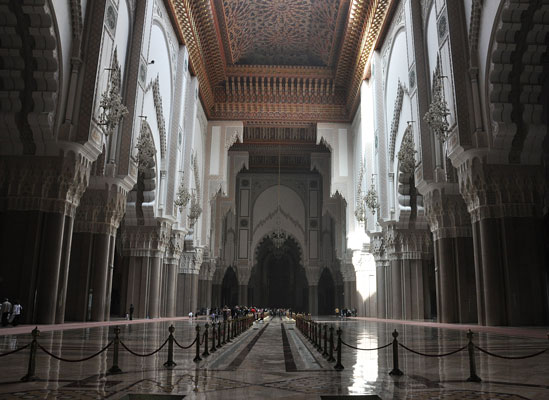 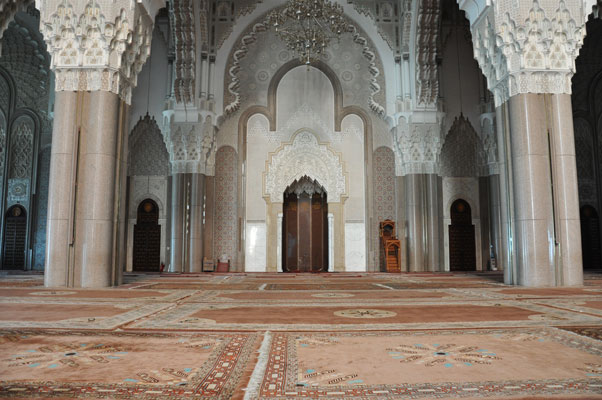 Many Casablancans have mixed feelings about Hassan II Mosque. On one hand, they are proud that this beautiful monument dominates their city. On the other, they are aware that the expense (estimates range from $500 to $800 million) could have been put to other uses. To build the mosque, it was necessary to destroy a large, impoverished section of Casablanca. The residents did not receive any compensation. 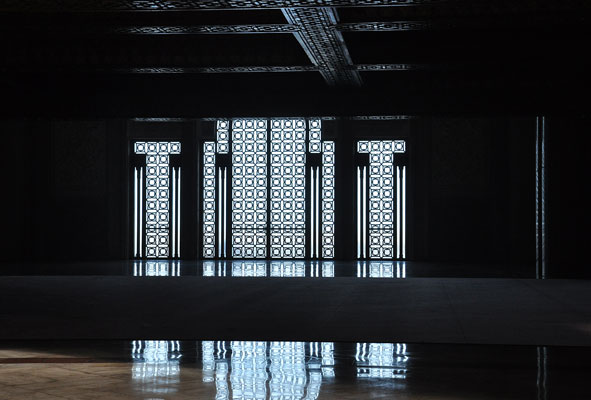 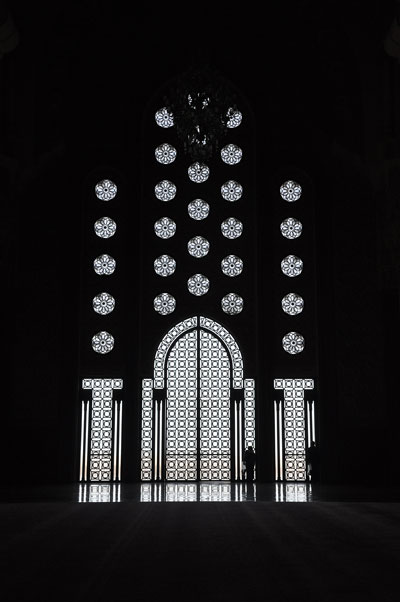 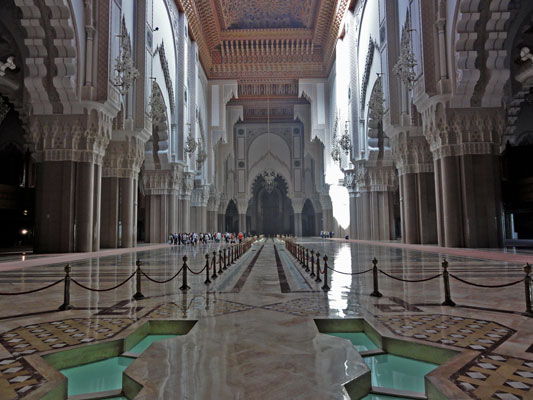 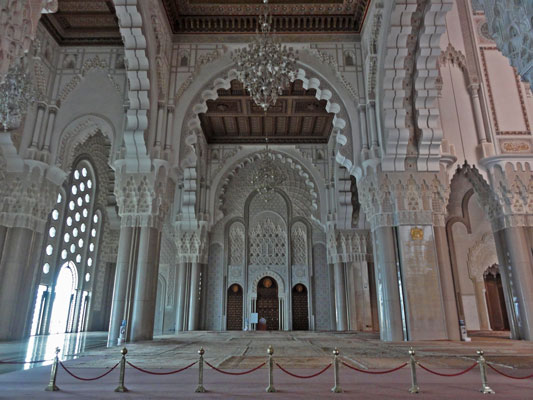 The mosque also includes a number of modern touches: it was built to withstand earthquakes and has a heated floor, electric doors, a sliding roof, and lasers which shine at night from the top of the minaret toward Mecca.

stay tuned for more blog posts of our trip.
Next one being Teneriffe in the Canary Islands!

in the meantime click on the following URL's
on what I have blogged
- so far -
on our trip.